As artist-in-residence in City East, a building beside the peace line at the junction of the Newtownards Road and the Short Strand in East Belfast , artist Bronagh Lawson completed a series of over 100 handmade prints during a period of two and a half years, capturing what she has called ‘the ebb and flow of East Belfast’.

Newly introduced to printmaking, she wanted to use the medium to make a visual comment on her thirteen years of experience of developing and running cross community cross border development programmes.

The process involved going to the newsagents on both sides of the peace line on specific dates and purchasing all the newspapers that inform the two local communities on that particular day. Random text and images were torn from the newspapers: headlines, local grievances, some extreme, some personal. These fragments were then intuitively used as Chine Collé on an etching plate, and printed as a limited varied-format edition. 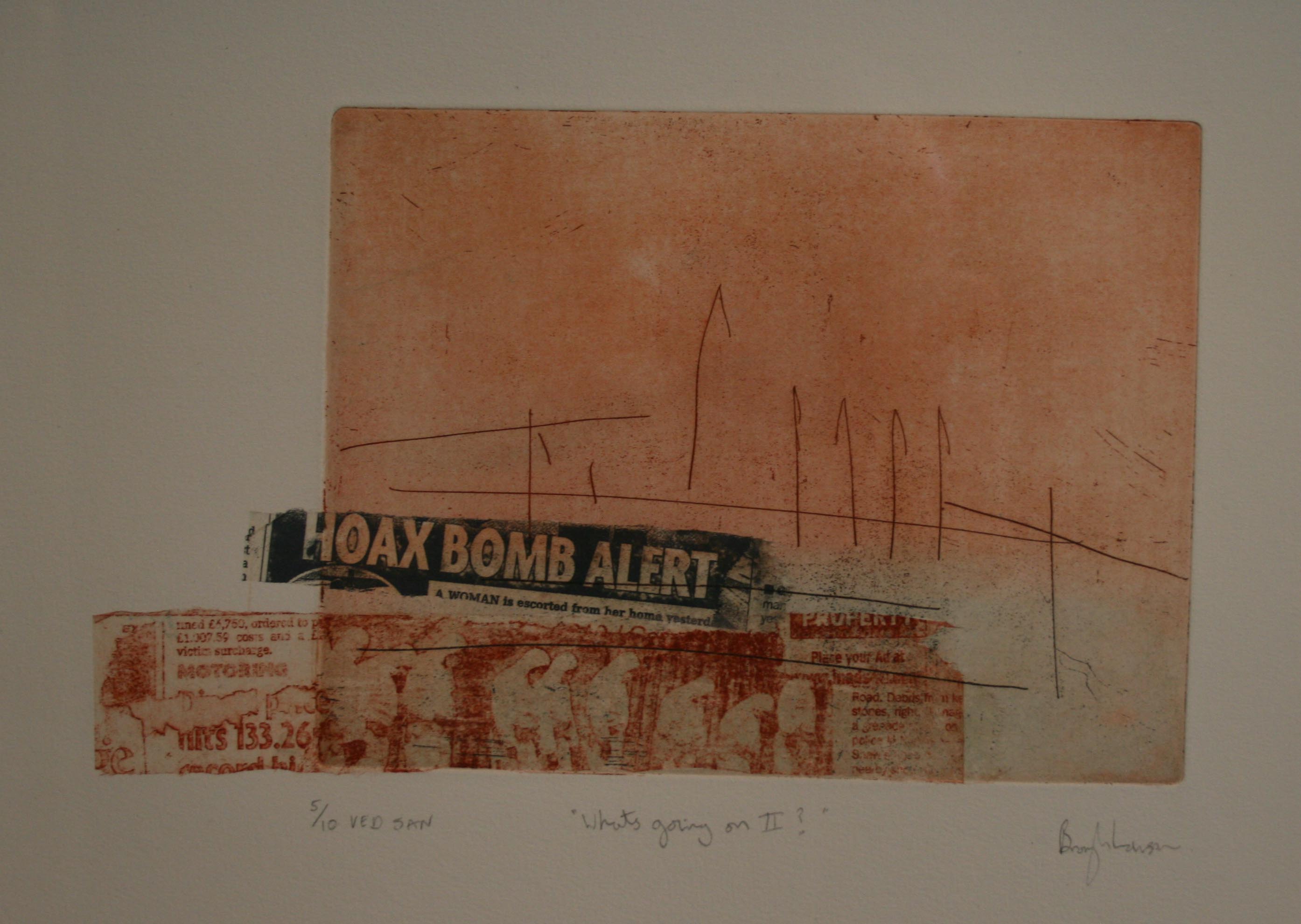 The result is a unique record of the local media perspectives sold on either side of a historic architectural fracture in contemporary East Belfast. 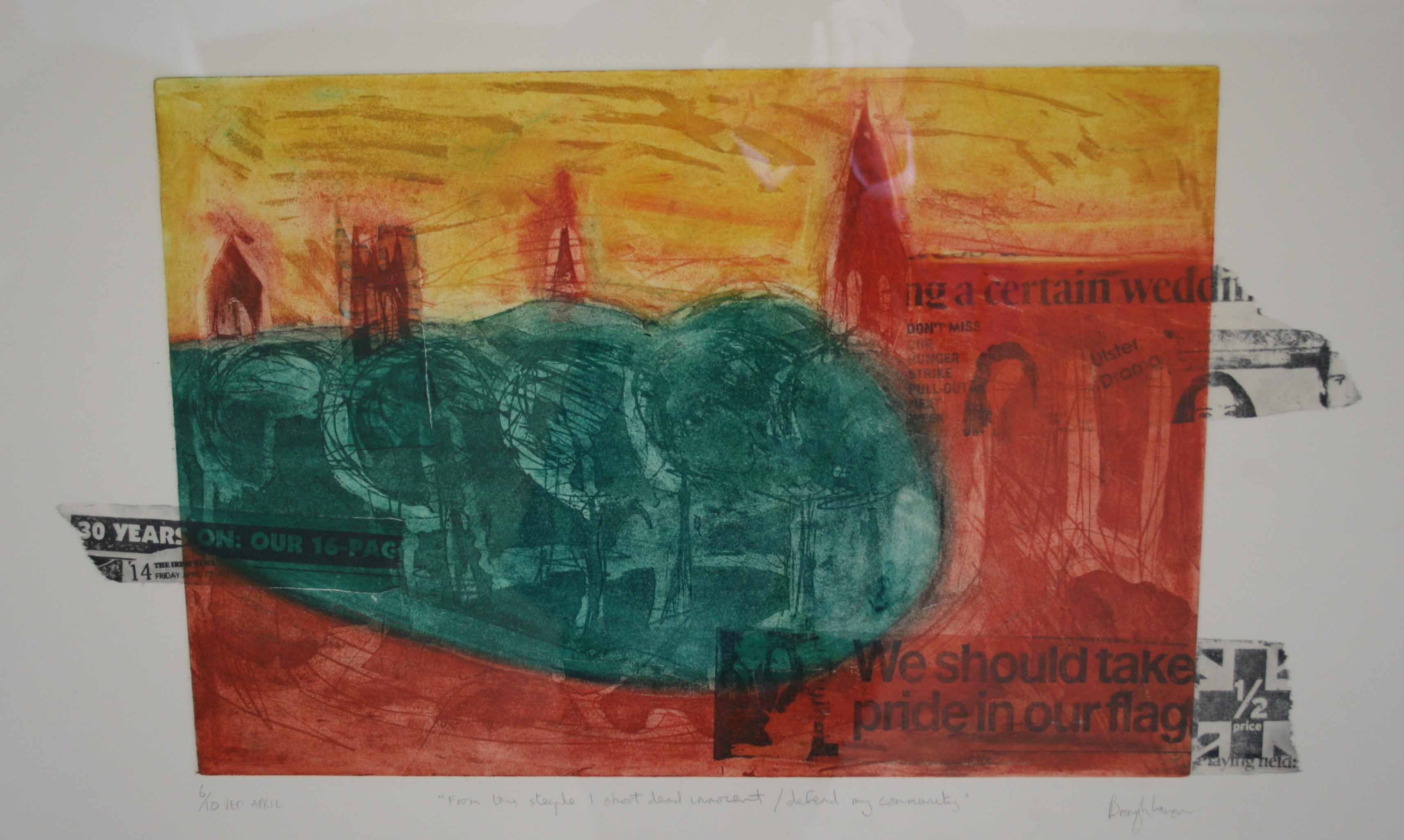 Bronagh says about her artwork: ‘Nothing exists independent of its own surroundings, including language. Newspapers in Northern Ireland inform the population of events, slanting news to different political persuasions. The chosen texts fragments totally change the feel of each varied edition, just like one’s view of the world is rightly or wrongly changed or confirmed depending on what newspaper one reads.’ 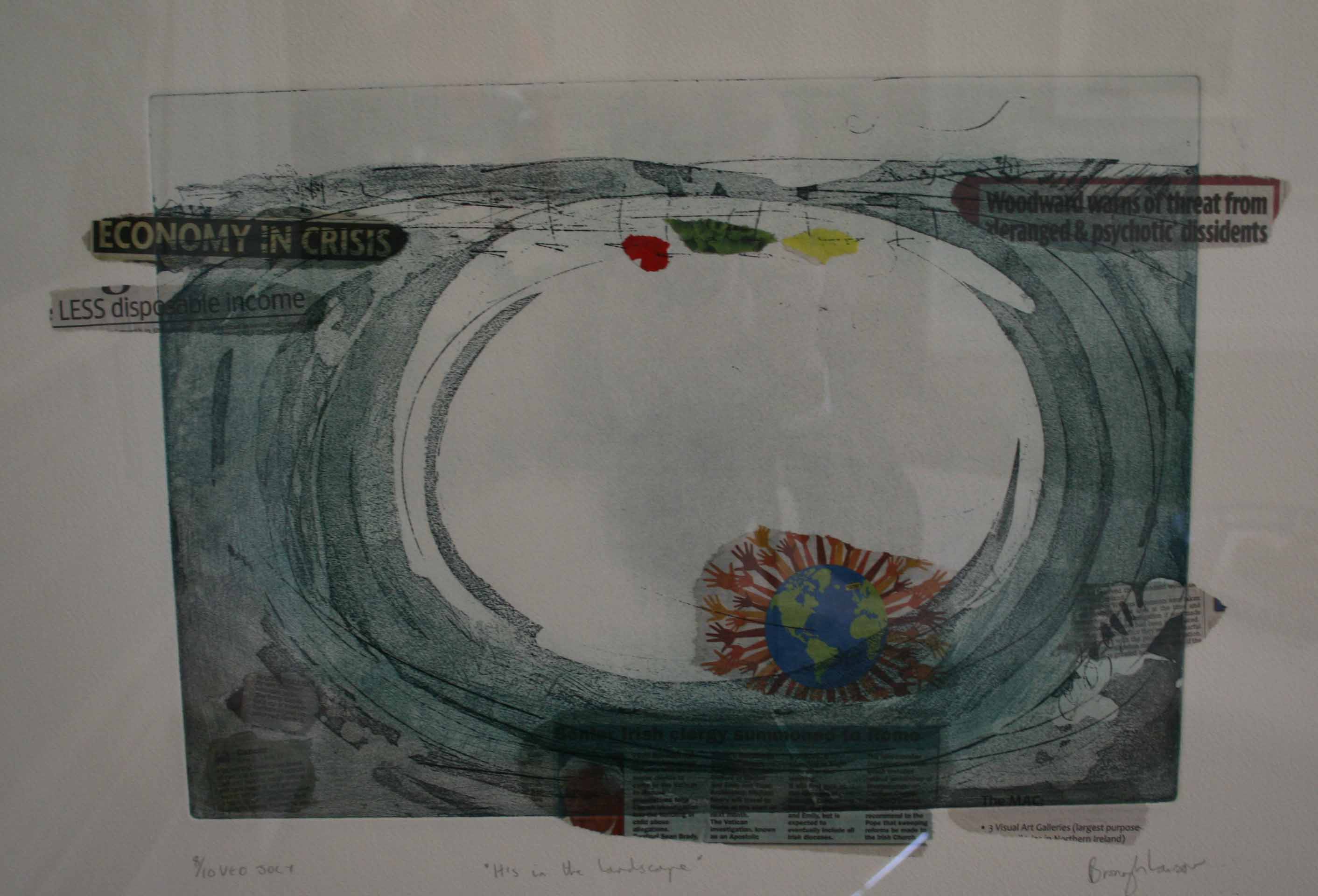 Bronagh Lawson originally from Strangford Lough, Co. Down has a 1st class degree in Textiles / Fashion from Winchester School of Art, England. A Fulbright scholar she returned from New York to Northern Ireland in 1991 pre ceasefire, wanting to use her creativity more productively. She spent 13 years designing and running cross community, cross border development projects on Interface areas in Belfast. In 2004 she collapsed and moved into her own creative practice as a way of finding expression and looking for new ways to deal with old hurts. After learning traditional printmaking technique’s she started to exhibit again in 2005. 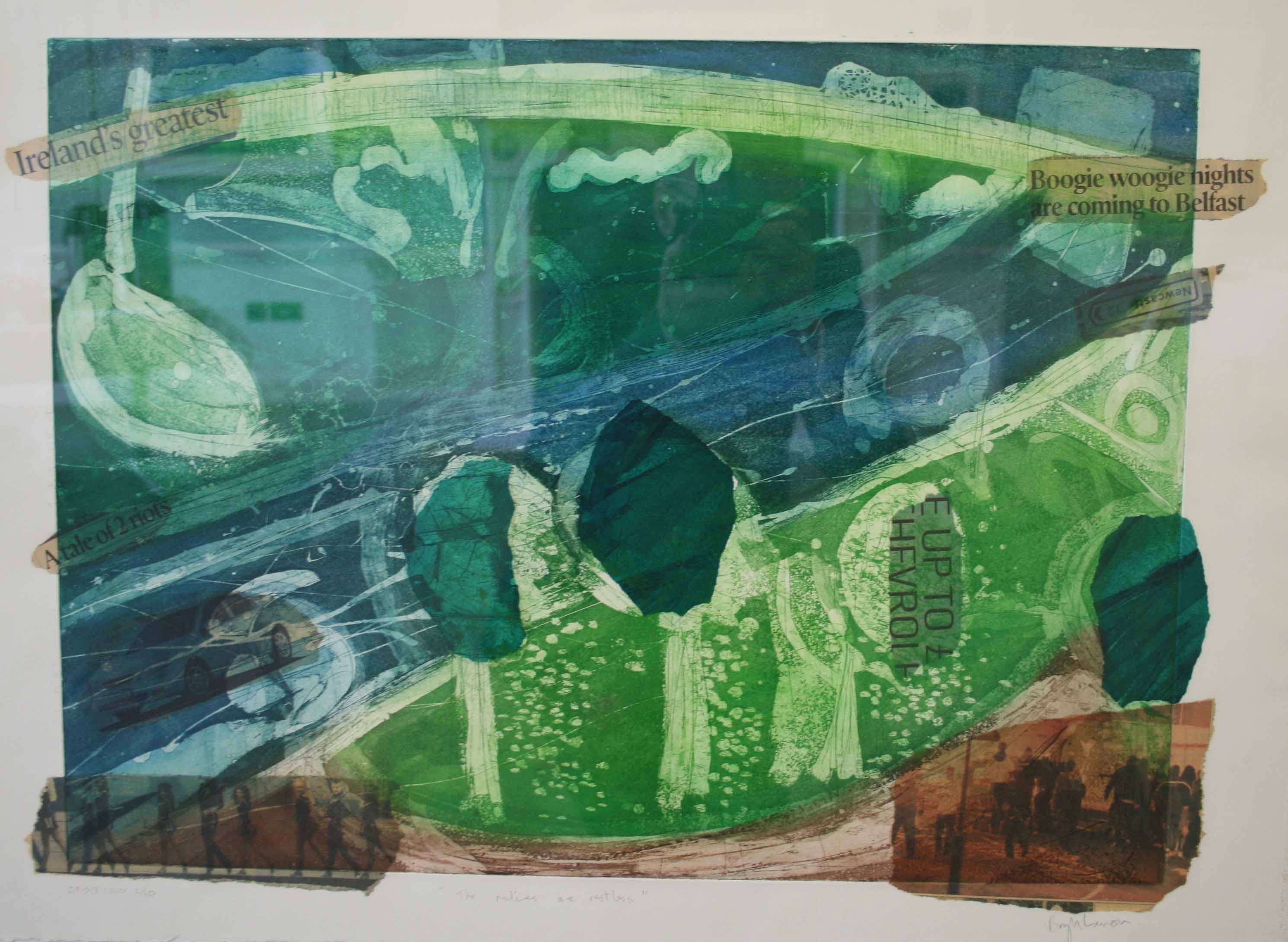 Frustrated by the lack of visibility for the artistic community Bronagh set up www.creativechangeni.com, an online user generated content Art hub to link galleries and agents of change in Northern Ireland. She has an ongoing collaboration with artist Suellen Semekoiski, Adjunct Professor at the School of Art Institute Chicago. Called the Hydrangea project, this collaboration focuses on art actions that can act as healing mechanism’s. Most recently they delivered Still Bunker for the East Belfast Arts Festival 2015, taking over a deconsecrated Church of Ireland church on a peaceline and programming an exhibition and events.

Bronagh currently is working on a long term project where she is visiting every church in Belfast of every denomination for a service, currently she has experienced 355. This is informing her next body of work.

Supported by the Department of Arts, Heritage and the Gaeltacht, Ireland 2016 and the British Council.